2nd of August, my Birthday. I woke up, feeling no older as I was before, and certainly still feel like I was still 26. The years have been kind to me

. As has been the case, I turned off all my Facebook notifications, none to keen to receive all the attention and the endless notifications. That I lost my phone just the day before made it all that much easier, as I was also not reachable at all to the outside world – being off the grid on Whatsapp, and Facebook and Gmail not working, courtesy of the Great Firewall of China.

The day began with a visit back to the Hongqiao Pearl Market. We went there two days ago, but missed out on any shopping as we arrived late. Not to miss out on the promises of a good bargain, we headed there that morning to see what was on offer. Silk items, toys, t-shirts and electronics of questionable quality were abound, and called for a keen eye to discern true from fake. Claims of genuine leather shoes suddenly became muted when I raised my voices that it was not leather, and accordingly prices dropped by a few hundred Yuan to compensate, but unfortunately finding shoes of size US11 was not an easy feat for the small feet of the Chinese consumer demanded more smaller sizes in stock than larger ones.

After some more local food for lunch at the trusty food court of Hongqiao, we went back to our hotel room to freshen up ahead of the Chinese Acrobat show at Chaoyang Theatre for which we got VIP tickets for. They started with an impressive line-up of famous people who watched their show, including Barrack Obama’s Daughter, and the former president of the Czech Republic among others.

If I was allowed to describe the show in one word, it would be “gobsmacking”.

The quality of the setting was outstanding, matched only by the talent of the performers. We witnessed incredible feats of agility, skills and downright ballsiness. The most impressive of which was the grand finale – as expected, it did not disappoint. The stunt featured the Cage of Death, whereby motorcycles rode around inside a metal globe with death-defying stunts. Now, I have seen this stunt before, like many others. What truly set this one apart was the number of bikes they had simultaneously inside the cage. After 4 bikes in there, I thought “this is the limit” but as if to prove me wrong, they kept coming in and joining in, until at last, they had seven bikes in there concurrently! Funny how I always celebrate my birthday on the 2nd of August, when it is not in fact my real birthday 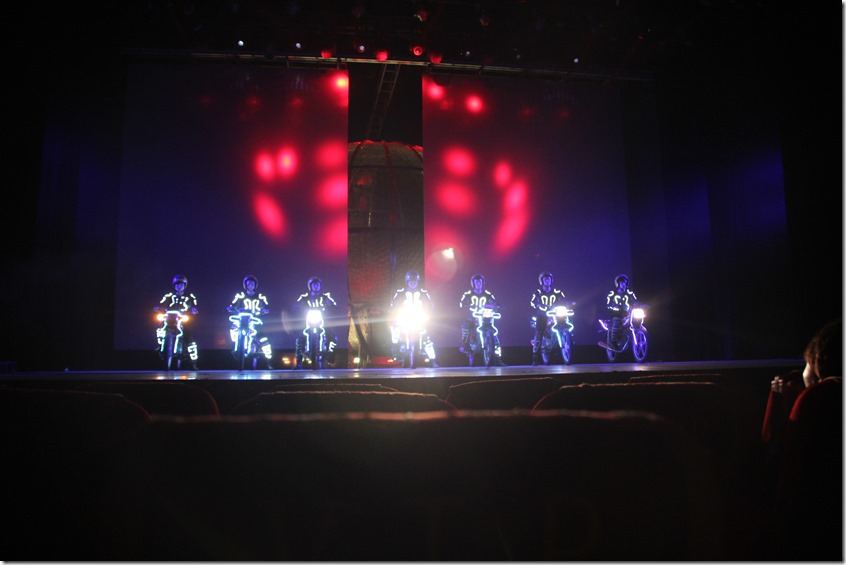 It was still with adrenaline pumping in my veins that we left the Show to head to YaShow market to spend the rest of the evening and dinner. When we got back to the hotel, I was pleasantly surprised to find a handwritten Happy Birthday note as well as a cake for me, courtesy of the hotel!

One thought on “Forever 26”